Dr. Shirley Demory Wise, First Lady and co-founder of Faith Ministries Church is a native of Jackson, NC. It was there, in her early childhood, that she received the old fashion values which she brought with her at the age of eight when her family moved to Baltimore., MD.

Dr. Wise has always been a pioneer. In Baltimore, Dr. Wise was among the first and few African American girls who graduated from the Western High College Preparatory School for Girls. From there, she enrolled in and graduated from Coppin State College of Baltimore, Maryland with a Bachelor of Science Degree. She continued her pioneering prowess at Coppin as an honor student, a Charter member of Coppin's Alpha Kappa Alpha Sorority and a participant in the pilot program Project Mission to inner city elementary school children. She taught many years in the Baltimore City Public Schools as a tenured teacher going on to earn a Master of Science Degree from John Hopkins University, Baltimore, Maryland.  In May of 2015, Rev. Shirley Wise received an Honorary Doctorate Degree from Eastern Theological Seminary in Lynchburg, VA.

In 1988 Dr. Wise, kept on paving the way as she dropped a bombshell on our nation's believers with her book: Sick and Tired of Being a Minister's Wife. It is one of the few books on being a minister's wife which admits and gives advice on the pain of being a minister's wife, while at the same time offering guidance on how to deal with God's man and God's people. Her latest book about conflict in the church: When the Stuff Hits the Fan has also been a great inspiration. Thanks to these publications, her preaching and countless seminars and workshops, a whole generation of ministers’ wives has grown up with a guide to assist them through the maze and mine fields of ministry.

Dr. Wise has served as the First Lady of three churches. Ebenezer Baptist Church, Providence, RI, Shiloh Baptist Church, Columbus, OH and currently Faith Ministries Church, also of Columbus, OH. She is more than a First Lady. Across the years, she has been a leader, a teacher, a counselor, a singer, an administrator and most of all a powerful ordained preacher of the gospel.

We praise God for Dr. Shirley Demory Wise as a pioneer, a preacher, a partner, a parent and a pivotal part of kingdom building today. She truly is a fearless woman of courage and a modern day model of faith.

What do you get when you mix a bundle of bubbling, rare and  enviable gifts of communication with a burning zeal to reach the world for Christ? You get the soulful, insightful and powerful pastor of Columbus, Ohio's Faith Ministries Interdenominational Church - Dr. C. Dexter Wise III.

As a communicator, who has gone from the "hood" of Baltimore, MD to the top of his class at Harvard in Cambridge, MA, Dr. Wise is prepared to speak effectively and authentically to virtually any occasion.

As a preacher and pastor, Dr. Wise was called to preach at 12; licensed to preach at 16; ordained to the gospel ministry at 19; served as pastor of Ebenezer Baptist Church, Providence, RI 1977- 1982; served as pastor of Columbus, Ohio's historic Shiloh Baptist Church, 1982-1991.  In November of 1991, Dr. Wise was led to organize  Faith Ministries Interdenominational Church in Columbus, OH.

This church grew from six members to more than 500 members in less than one month! (See www.FMCTV.com) Faith Ministries  now has a weekly television ministry, a host of outreach ministries locally and around the world (see www.IFFMUS.com) and has built a brand new multimillion dollar church on a 29 acre plot of land in Columbus, OH.

As the " Rappin' Reverend ", Dr. Wise recorded his first rap album "I Ain't Into That!" which was the number one song on the number one rhythm and blues station in Detroit, Michigan. The song soared to number fourteen on the dance charts in London, England in the summer of 1987. Other Rappin' Reverend publications are his book, " I Ain't Into That!" (The Book), and his rap album, "Crack Attack". In connection with this, The Rappin' Reverend went on a fifty school tour and in ninety days got more than 18,000 Columbus, Ohio school children to make public commitments to live drug free, crime free and alcohol free lives.

As an author and publisher, Dr. Wise has written several books which include: The ABC's of Effective Parenting; Stand: Seven Sermons for Saints in a Red Sea Situation; No Place for A Prophet: An Unconventional Preacher Trapped in A Traditional Church; and Everything You Need to Know to Preach Like a Pro!

As a husband and father, Dr. Wise and his wife Shirley (since 1973). They have three daughters, Sybil, Sheri (James), and Shonna (Isaiah), one son Ceylon (Ashley) and four granddaughters Angela, Anye', Maya and Mariah and five grandsons, Ceylon D. V, Isaiah, Zechariah, Caleb, and Nehemiah. 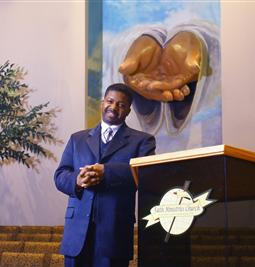 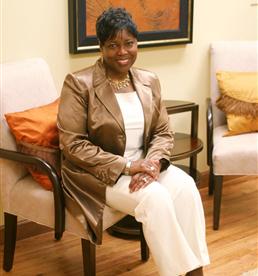 Whatever your project, we've got the experience

WHAT IS WISE WORKS?

Wise Works, Inc. is your source for creative solutions for success at church, home, school and in the global community. It began in January of 1987 by Dr. C. Dexter Wise III and Mrs. Shirley D. Wise as an Ohio corporation with United States government 501(c) 3 taxexempt status.

Our principle purpose is and has always been to provide church leaders, parents, couples, singles, teens, young adults and educators with practical resources to make them successful in their respective areas. Wise Works, Inc. excels in teaching results oriented principles and practices that have been proven to work. Our approach is insightful and profound. Yet, it is so simple that our solutions can be easily understood and applied by virtually anyone.

Across the years, this mission has caused Wise Works, Inc. to produce records; publish books and bible study literature; offer lectures, workshops and seminars; conduct revivals; create youth programs; develop affordable housing; and to promote ministry and ministers both here at home in the United States and abroad.

The objective of Wise Works, Inc. is to continuously create vehicles which draw upon the vast experience and multiple gifts of Dr. C. Dexter Wise III, Rev. Shirley D. Wise and the entire Wise family to provide help and hope to those who have answered the call to serve at church, home, school or in the global community. 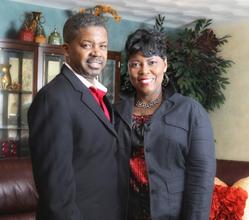